So what does ‘revelation’ mean anyway?

Let’s take a look at some texts in the New Testament and try to get some clarity on this.

The apostle Paul wrote about the importance of revelation knowledge on a number of occasions. However, it’s worth noting there is, of course, a whole entire book in the New Testament called The Book Of Revelation.

The Greek term here is “apokalupsis” and yes, it’s root word for the modern day word “apocalypse”. But worry not, we are not going to talk about the end of the world right now, after all, if and when the end comes, it will all be over so why even worry about it, right?

The revelation I want to draw our attention to is the work of the Holy Spirit that has to do with the revealing of things that have to do with the Kingdom of God, with the realm of God, but are not accessible to the natural man.

So let’s begin by looking at the second chapter in the first letter of the apostle Paul to the body of Christ in Corinth. (We know that the chapter and verse organization of the Scripture content wasn’t part of the way these letters were given originally, but nevertheless, the whole of chapter two is dedicated to making a contrast between the natural and the spiritual man, as well as natural and spiritual knowledge.)

Natural knowledge is knowledge we obtain by observation and by the empirical, scientific method, allowing us to make certain conclusions based on the data.

Spiritual knowledge, by contrast, is knowledge, something we become aware of or gain access to, or are able to see and understand, based on the revealing work of the Holy Spirit.

But what does it mean?

“But we impart a secret and hidden wisdom of God, which God decreed before the ages for our glory.” 1 Cor. 2:7

I can see how some people who are more inclined to seek the thrill of accessing the spiritual realm, would get excited about this verse and others like it. Secret and hidden wisdom of God? Wait a minute, is this a New Age seminar or the Bible we’re reading?

Yes, it is the Bible, and it’s the writing of it’s most prolific New Testament author, as well as probably the most active and productive amongst the apostles if such comparison is even appropriate.

“What no eye has seen, nor ear heard, nor the heart of man imagined, what God has prepared for those who love him” — these things God has revealed to us through the Spirit.” 1 Cor 2:9-10

Paul states clearly that God reveals to us through the Spirit things that are real to Him but unseen to our natural senses.

So there it is, revelation is the Spirit working to reveal to us things that are reality in the Kingdom of God, but are hidden from our senses, mind, i.e the natural man.

Why is this important for us to define?

Because are we literally drowning in a sea of false “revelation”, also known as the occult. The occult (which means literally “hidden”, as in “hidden knowledge of spiritual kind”), is false “revelation”. It doesn’t reveal anything that is actually real. It only “reveals” things demons project onto people’s minds. It’s deception. A religious deception is also a form of the occult. When Paul speaks of people preaching a “false” Christ, it really speaks of an “occult” Christ, something that really isn’t, a Christ that’s the product of the perverted imagination of people’s minds inspired of demons. These Paul calls “doctrines of demons” (1 Tim. 4:1).

By contrast, when the Holy Spirit reveals something, it is something real, something that actually exists, whether it’s God and his blessed creation or the realm of darkness. If the Spirit opens eyes to something like an angel, it’s because the angel is there, it actually exists.

Not so with the occult.

The occult is actually the false revealing of things that don’t really exist in order to lead us astray and captivate our minds, hearts and will away from God. Satan gains access to our mind, soul and possibly our body when we accept false, occult knowledge about spiritual things.

“The natural person does not accept the things of the Spirit of God, for they are folly to him, and he is not able to understand them because they are spiritually discerned.” 1 Cor. 2:14

The natural “person” or in other words, the mind of someone who relies on their senses alone, not only is oblivious to the realities of the Kingdom of God and the spiritual world, to the natural mind all this might is “folly”, as Paul puts it.

Notice when Paul says “the things of the Spirit of God”, he means what the Holy Spirit reveals in regards to Jesus, the cross, the Kingdom of God, etc. So someone whose thought patterns are deeply entrenched for example in Judaism, even though it’s rooted in God’s Truth and in the Torah, as soon as you bring up the Son of God to someone like this, their mind revolts and the reject the revelation, or the truth of Jesus and His Cross and Resurrection. To the natural person, it sounds like “folly”.

Today’s agnostics, atheists, and naturalists are a good example of people who rely solely on their natural senses, even to the point of denying God and the divine origins of life. Notice I said “solely”. I believe in the scientific method and the knowledge that it gives us about the natural world and its laws. However, this method is limited to empirical knowledge and fails completely when it comes to probably the most central of all issues and that is the soul. No one has any understanding of what the soul is, it can’t be measured, quantified or dissected and yet it’s THE most important part of who we are as human beings and the very purpose of life itself. Jesus said:

“What good will it be for someone to gain the whole world, yet forfeit their soul? Or what can anyone give in exchange for their soul?” Mat. 16:26

The scientific method can give us much (not all) knowledge about the natural world. But if it can’t account for the soul, the very core of who we are as human beings, what good is it to us? It’s only good for certain limited things and that’s the truth.

The Bible doesn’t give us all there is to be known about the spirit of man, or the soul, but it gives us much, it gives us enough knowledge for us to handle this life and it certainly gives us more what empirically based science has ever given us on this subject.

Furthermore, the natural world itself “reveals” to us there is a Creator by it’s sheer beauty, design, perfection and complexity.

What are some of the things God desires to “reveal” to us? Let me draw a quick list here enough to get you going in your own pursuit of the things of God on this subject:

I can provide many other details for an in-depth study of each of these, but this is not what this article is designed to do. Ask me about The Apostolic Institute for more in-depth studies in the Word of God.

CONCLUSION: For our eyes to be opened to the Kingdom of God we must be born again (John 3:4). But revelation knowledge doesn’t end there. It requires us to remain humble, seeking and hungry so we can remain at a place of continued spiritual growth. Yet God doesn’t “owe” this to anyone. He is not obligated to reveal anything to anyone, especially not on their terms. That’s called “testing the Lord” and I wouldn’t recommend it to anyone! Rather, when we humble ourselves and we open up our hearts for him, He is faithful and true to reveal things to us about Him, about ourselves, about our kids, about other people, about things in Heaven and things on earth.

God desires most of all to reveal to us the cross, the death and the resurrection of Jesus. This happens as we dig into the Word of God and apply the effort needed on a daily basis. People who take lightly the Word of God shouldn’t expect much spiritual revelation. God only reveals his secrets to people who love Him and who respect and study His Word – not in an academic manner alone, but mostly relying on the Spirit to illuminate our mind, spirit and soul. 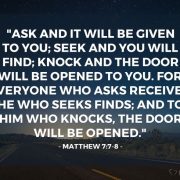 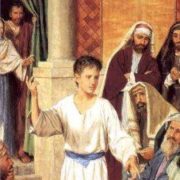 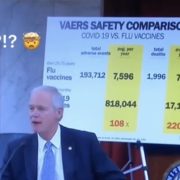 On mandatory vaccinations: the spiritual act of choosing to reject the godless system! 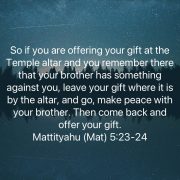 What is the Threefold Christian Alliance?
Scroll to top