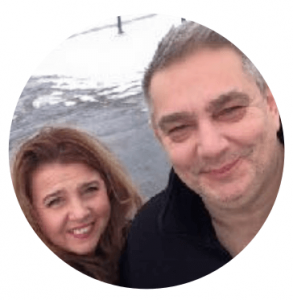 I became a believer in the fall of 1985, hearing the Gospel for the first time, i got free from heavy drug addiction and deep involvement in the Occult. I instantly knew this is love of Jesus I had been looking for my entire life.

After graduating Theological seminary under the mentorship of prof. Miroslav Wolf and prof. Peter Kuzmic, I began to work with the Assemblies of God churches in ex-Yugoslavia.

After my initial success in working with young people I began to work as senior pastor at a church in Bachka Palanka, one of the main cities in Serbia. Next, I moved to the biggest Assembly of God church in ex-Yugoslavia in Novi Sad. By the blessing of God and through our efforts, the church experienced rapid growth, even during the communist regime of that time.

In 1994 I founded a new church called New Horizons in the capital city of Belgrade. The population of Belgrade is about 3 million, with only 500-600 born-again believers that we know of. Our church immediately drew the attention of the nationalistic Orthodox Church but especially during Balkan war form the 1995 – 2000 period.

Our ministry became very successful with people from subgroups, generally marginalized by society.

Development of ministry led us in to form couple of Bible schools and programs such as the:

In the last 20 Years I’ve traveled to different nations and have shared our experiences of working and developing a network of churches. I have ministered in Serbia, Macedonia, Greece, Lebanon, Turkey and many churches in USA (GA, NC, VA,TX, SD, IN, WA, IL.)

Last couple of years I’ve become more focused on mentoring and develop a new kind of work INSIDE of Serbian Orthodox Church, as well as connecting with the 24/7 Prayer UK and underground church planting movement, the HOUSE CHURCH CONNECT from DBS. They have had a great impact on the Muslim world in Lebanon, Syria, Jordan Egypt where I have also traveled and taught together with Apostle Tommie Naumman who is based in Thessaloníki, Greece.

In the last 2 years we have also been led in pioneering a new work with Christian iPTV (Internet TV) network. We now have 20 Christian broadcasting Channels (CH LIFE TV) including for the first time in history a Serbian Christian TV program and the vision to use the Internet as tool to reach and educate Christians, as well as to touch the lives of nominal Christians on the Balkans. This new TV-over-the-Internet Network has the possibility to reach Serbia, Macedonia, Croatia and Bulgaria.

My wife Jelena is helping her family’s company as marketing manager and we have 4 children (Michael, Xenia, Marko and Nikola).

I’m thrilled to be part of Threefold Christian Alliance and to help in any capacity.  I am praying for the success of this work and look forward to connecting with those to whom God will speak to come over to Serbia and help with the work here, as well as to be available for those I might be able to help in their efforts of advancing the Kingdom of God in their particular context and field.