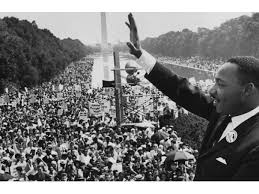 INTRODUCTION: The main point of this post is the article below so if you just want to skip this commentary, please scroll down to the main article. However, please allow me to share with you why I was compelled to add this lengthy introductory commentary. It has to do with the fact that I born in a Communist country. This has given the a unique perspective on Liberty and what America stands for.

On August 28t, 1963 the historic March on Washington occurred and Martin Luther King, Jr. gave his historic “I Have a Dream” speech. Fifty-seven years later many of us are wondering just what kind of a dream is guiding the people we see looting and burning down buildings in America? These are controversial subjects but they need to be addressed nevertheless. Many in the Christian world cringe when they have to take a public stand for or against something controversial. This is exactly what political correctness is leveraging against Liberty-loving people everywhere in America and the free world.

Why have leaders been afraid of controversies? It’s because they strive to maintain a polished public image in order to successfully use that image in the public square for the purposes of advancing their goals in ministry, business or politics. This strategy has worked well for many leaders in civilized societies. However, civility is quickly getting lost, and uncivilized tactics are threatening the social order in America and the countries of the free world. Terrorist organizations like BLM, Antifa, and the Muslim Brotherhood proxy CAIR, are waging an all-out warfare against Liberty and they mean business. They won’t flinch if they have to set entire cities ablaze, murder innocent people, and bring economic misery to millions more. The only reason such malicious actors are winning is not because they are so strong or so many. It’s because the silent Christian majority has chosen to remain passive and uninvolved in defending Liberty at the local, state or national level.

When different ideas and views of the world clash in a free society governed by a Constitution, how do such clashes get resolved?

First and foremost through freedom of speech.

The leaders representing different ideas must have the freedom to articulate their ideas. It is then up to the people (voters) to choose what worldview, values and program they will align themselves with, and support financially and at the ballot box. None of this exists in totalitarian societies where one party regime persecutes all and any opponents for as long as they can. A free society relies on its social order based on Liberty and on the common sense and values of the people to make such judgement calls.

The post below is just that – the right of one of the many Christian leaders in America today to voice his concerns over existing issues, and to outline some of the solutions they believe in.

Freedom of speech is being lost fast in American today. Christian and conservative leaders are being de-platformed from social media giants. Not here. Threefold.Life will always be a platform for Liberty, no matter how small and insignificant this tiny website is when compared to the influence tech giants have on the Internet. We happen to believe in a book that teaches us that even if you are a shepherd boy who only has five stones in your hand, you still have a shot at whatever giant is threatening the peace and the life of your people. If millions of small websites did the right thing and didn’t flinch when it comes to standing up for what is right, allowing our leaders to have their voice heard, things might look very differently today. Conservatives like Laura Loomer who recently won her primary in President Trump’s own backyard, are the proof that the power of many on the Internet is real, even if the social media giants ban you completely like they have banned Laura.

For more of my thoughts on how important Liberty is to the Lord, click here.

Recently the Rev. Samuel Rivers, member of the Board of Threefold Christian Alliance and long time friend shared some of his thoughts on the current situation in the United States, using a popular social media platform. The below is an edited version.

It’s refreshing to hear a Christian leader who is also a Conservative, to take a clear and bold stand against the terrorist, satanic ideology of Communism and its many modern iterations.

2020 – The Most Crucial Election In Our Lifetime!

by the Rev. Samuel Rivers 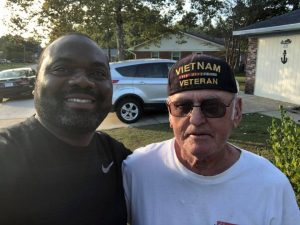 Democratic Socialism captures the mind of the naïve, destroys societies, and feeds the lust of those who want to exercise power over others!

My plea to Christians, please know the policies of the candidates running for public office! We are supposed to get our political principles from the word of God.

If the Democrats gain power, it indeed will be a disaster for Christianity, the economy, and a political catastrophe for the U.S.A. Their policies will physically destroy our economy, the marketplace, and physically destroy schools, the courts, and churches.

As we look back at the way the Bolsheviks took power in Russia in 1917, it becomes pretty clear they used extremism as their main tool of persuasion. The Democrats are using those same measures to persuade the American people during this election cycle. It’s safe to say the Democrats are embracing the tactics of the Marxists in order to create chaos in America. The Bolsheviks secretly did all that they could to aggravate the differences between different groups. We see the Democratic Party using their same playbook today.

The Bolsheviks wanted to abolish the police, army, and the bureaucracy in addition to nationalizing the land and all banks. The Democrats want to defund the police, their support for our military is weak, and they don’t believe in nationalism! Basically, the Democratic Party, along with Joe Biden and Kamala Harris, are promoting an extremist vision.

The Bolsheviks of 1917 Russia convinced the people that they wanted peace, land, and bread for them, painting beautiful pictures of the future. All on a façade of unity, they used sympathy and promised wealth, happiness, centralized food production, and a better life. They used lies to persuade and convince people that they were the authentic Voice of the People. Little did the people know that they were the living embodiment of the Dictatorship, Marxism, Socialism, and Communism!

The Bolsheviks persuaded a fanatical and devoted minority, and this passionate and dedicated minority proved sufficient. Capturing power was not difficult as they used tactics of psychological warfare combined with the class warfare narrative of the Communist ideology. They caused class rivalry, through the ballot box and street fighting. Similarly, the Democratic Party embodies class warfare; today’s Democrats are Bolsheviks and a danger to our Republic.

The Bolsheviks’ Communist agenda was cocooned in layers of dishonesty and lost touch with reality: they promoted and embraced nonsense, rather than God and proven policies. Truth disappeared from even the intellectuals. The people were unable to distinguish the truth from ideological fiction. Following the playbook of the Bolsheviks, the Democrats are using fear, hatred, cynicism, and criminality to create a socialist society, known as Democrat Socialism. The Democrats are trying to bribe the public by promising them free things to gain political power to pass their socialist agenda, which will lead to misery, higher taxes, big government, the absence of the markets, innovation, and free enterprise.

Furthermore, the DNC and the Biden campaign are not being truthful about Joe Biden’s diminished mental capacity. This man does not have the capability to be President. They’re trying to deceive the public so that they can deliver the first woman of color President. You can look and listen to Joe Biden and tell he’s not all there! If Joe Biden is barely leaving his house and not answering reporters’ questions, how can he lead the free world?

We may very well be one vote away, where we will have to contend and fight for our liberties, our right to bear arms, freedom of speech, our right to assemble and worship, and our unalienable right!

Samuel Rivers has PhD in Theology from Smith Christian University. He is the Founder and President of Voice of the Lord Ministries, and a Board Member of Threefold Christian Alliance. In 2017 he traveled to Bulgaria where he spoke аbout Faith and Liberty to political and church leaders. Samuel Rivers represented South Carolina’s District 15 in the SC House of Representatives between 2012-2018. He is running again for office in the 2020 elections. Campaign website: http://samuelriversjr.com/