I grew up in a Communist country. To me, totalitarianism isn’t a classroom lecture or a university course. It’s something very real and millions of people continue to suffer under this evil to this day. It has taken me and others who have gone through this experience decades…I repeat – decades, to come to grip with how evil Communism was. It’s because they covered their tracks, the erased the evidence and they changed the history books. For example, just recently our ministry friends in Bulgaria, through our civics forum we call Discussion Club Free Bulgaria, have been uncovering new evidence of more atrocities of the Communists which have been covered up until now. They are working with local leaders in Southeastern Bulgaria to erect a Monument of the victims who were pushed off a 60 foot cliff, falling to their deaths onto the rocks in the middle of the night. Hundreds of people who opposed the Communists were brutally murdered in this fashion.

For many years I assumed Christians had perfect clarity as to how important Liberty is. What a great gift it is and that it is God’s will, our Creator’s will for all people to live free. It has been one of the most baffling discoveries of mine as I began to travel around the world, to realize how very few Christian leaders truly understand how important Liberty is to God Himself. It made me want to dig deeper and study even more history in an attempt to understand better the story of Liberty. It is nothing short of a miracle. Most of the world, for most of its existence has been suffering under one kind of tyranny or another. America set a precedent never seen before in the history of mankind. Neither the democracies of ancient Greece, the Roman Republic, the Republic of Genoa, or any other experiment of Liberty has been as great as the founding of the United States. All functional modern democracies have been able to come into existence because the greatest Republic in modern history demonstrated that it’s possible for people to live free and govern themselves. Only narrow-minded and ignorant people could possibly fail to recognize the intervention of the Lord and his providential guidance through the founding of the United States. With all its imperfections it still remains the greatest Liberty experiment of all – but we might be losing it fast.

Our Creator gives us Life. Anyone who doesn’t believe this axiom, isn’t really a believer. But what kind of life does God give us? A life of slavery, tyranny and terrorism? No! None of these things are his will for any human being, let alone for those who call upon His name. Therefore Liberty is His will and gift for so we can live the life he gives us. Without liberty we can’t make the choices he has deposited in us through his creative force. Under tyranny people don’t aspire to become great, to develop themselves, to learn, to grow, to create new things. People who aren’t free can’t plan for anything because they are controlled and oppressed. Their only goal is to survive or to maybe escape. Or they spend their entire energy plotting how to overturn the regime. This is why totalitarian societies never create anything of value. It takes having freedom to create families, cities, culture and the economy. It takes also time for Liberty to become a way of life for more than one generation so that everyone can begin to feel confident about the past, the present and the future. Slaves beget slaves and it takes generations before the stigma of oppression can be broken off people who have been oppressed. People who have spent time in prison feel like everyone is against them even when they are set free and no one is watching them. Tyranny is psychologically damaging. It destroys individual lives, cultures, countries and entire civilizations.

And yet countless number of Christians have developed a strange belief system of tolerance for tyranny. A theology that finds nothing wrong with the persecution of innocent people and even extols it as some kind of a special blessing. “Persecution makes the believers strong,” they tell us triumphantly. Really? Why then are you starting a new church in the suburbs where we already have 20 other churches just like yours? Why not take your wife and kids and move to Sudan. Start a church there. It’s good for you. It will make you strong, it will make your wife strong, your kids strong. It will be awesome and I’m sure very glorious to endure some persecution. Because you know, it will make your faith strong and pure. Well, they may rape your wife and behead your children in front of you – before beheading you next, but that’s besides the point, right?

Or it’s maybe easier not to acknowledge that persecution destroys men, women and children. That it obliterates entire cities and countries. That it brings death and terror. While the West remains silent and does nothing to stop what could be stopped. And why? Because of some perverted, strange, and ridiculous ideas of how good persecution is for Christians.

If the above is challenging you and you’re ready for more of the same, click below and check out the 10 minute video I recorded recently on this subject.

What do you think, do Christians get Liberty?

Click here and use the contact form on this page to send me a message and share with me your thoughts on this matter if you want. 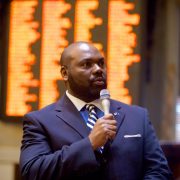 When Christian Leaders Speak Out For Liberty – This Is How It Sounds!
1 reply

The Challenge Before Us

When Christian Leaders Speak Out For Liberty – This Is How It Sounds!
Scroll to top