I saw this building first in a vision on New Years’s Eve in 1994. The Government had just shut down our church in June ’94. By December, from around 1000 members going through our services on Sunday and throughout the week, there were less than 400 of us probably left.

No one thought we would have to go through this as a church for FIVE YEARS!

But on New Year’s Eve of 1994, we had gathered for an all-church meeting. I asked everyone to pray & ask the Lord for whatever people had faith for. I remember the Spirit of God moving amongst us at that time. All of a sudden I had a very clear vision of a building that looked very stately. It had a basement where I could see as if through an X-Ray, people on their knees praying.

On the upper floors, I could see people behind desks, working behind computers and going from one room to another. It almost looked like a newsroom of some kind. I knew it had to do with media.

This vision made a deep impact on me for I realize that from this place prayers will be offered for the nations of the world and also information will be handled and that the two were connected.

Our church went through deep persecution which lasted for five years. In the meantime, Bulgaria went through even greater post-Communist era breakdown as a society and as an economy. 4 years of the 5 were under very corrupt socialist government made up of the former Communists and their cronies in the media. Bulgaria’s currency collapsed in 1997 and we experienced up to 300% inflation.

By 1999, the economy was wiped out. Real estate was super low. Banks weren’t lending. Our national bank (and currency) came under the supervision of a Currency Board from the World Bank. The new Bulgarian government which came to power in 1997 after the Socialists had devastated the country, began to seek closer ties with Western Europe, the US, the EU, and NATO.

In 1995 there were threats made on our lives as a family and we had moved to the US for a year. We came back to Bulgaria in 1996 only to run into more persecution by the Government, confiscations of private property, humiliating police harassment and so on.

In the summer of 1998, God opened the door and I had a supernaturally arranged meeting with the President of Bulgaria at that time, Mr. Petar Stoyanov.

We spoke for about 20 minutes at a fancy restaurant in Sofia where I had visited at the invitation of an American Christian businessman. The President happened to visit the same restaurant that night. When I saw him coming in with his wife and then young daughter, I walked over to their table, he welcomed me and we had a 20-minutee conversion. He asked me not to give up on what I’m doing. he said he had been following me in the media and knows that the media propaganda was all lies meant to stop me. His words still ring in my ears to this day:

“Pastor Bakalov, would you help me keep the young people to remain in Bulgaria?”

I told him basically “Sir, it’s what we want. However, please help us so we can help you!”

Two weeks later the largest national newspaper called me and asked me for an interview. They said they’ll give me two pages and I can edit the final version, i.e. they guaranteed they won’t manipulate the interview. And so it was.

I have HUNDREDS of newspaper articles from the Bulgarian media in my archives for the period between 1993 -1998. Almost all of them, with few notable exceptions, have been lies and propaganda meant to destroy me and the church.

In September of 1998, the Government office handling religious affairs (Paul Gazelka, you met with the Director and prayed for him in 2005 when you were in Bulgaria), had called me and without any conditions offered the legal status of our church to be restored. They told me I can choose which of the mainstream denominations I want our church to be part of now. We had been without a legal status as a church since 1994.

I decided we should probably get the legal status through a denomination whose leader I had known since the time I first became a Christian. (That’s another story but…little did we know that this man had been an agent and an informant for the Communist State Security since the 1980’s. This was revealed not until 2012.)

Finally, in February 1999 we broke through 5 years of systemic persecution by the corrupt Bulgarian Government! We emerged onto the national scene with a national conference where thousands of people came from all over Bulgaria. God moved apostle John Eckhardt from Chicago to encourage us at that time. We met him in Minnesota in 1996 when prophet John Isleib was still helping pastor a new church plant headed by his sister Mary-Alice.

Our church was on the upswing again and it marked a new day in our development as a body. It seems also as if at the same time Bulgaria itself came into a new season of its post-Communist history.

In the spring of 1999, I got a call from a real estate agent I knew at the time. She was talking about this building downtown. I went to see it. When I stepped into the basement, the Holy Spirit came all over me. Something was stirring up.

I began to realize this is the place God had shown to me in a vision in 1994.

The church had no cash reserves of any kind. The economy is was wiped out after 2 years of hyperinflation. We had just survived 5 years as a persecuted church and had dwindled down to not more than 250-300 people, if that.

The average monthly salary in Bulgaria at the time was probably still around $250-$300 – if that!

However, excited about the possibility of this being what God showed me, I shared the news with the church, we prayed and we dove in. We had to raise $20,000 within 2 weeks to be able to sign the deal. Which we did. People gave literally the shirts off their backs. Not a single $ from any Western church.

I hope this helps you understand why this place is so special to me. SACRIFICE is spelled all over it. One of the MANY sacrifices our church family has had to make through the years.

We signed the contract and the fight was “on”!

It took us 3 years to raise the cash needed to pay off this property. It ended up costing us around $225,000 but more has been invested in it through the years. Only I think around $15,000 came in from overseas donors. To me, this is a miracle building which God gave us for miracles to be released through it.

There is a great battle over the calling God has on our ministry to be a house of prayer for all nations. Much prayer has been offered in this place through the years. But we’re far from what God has called us to be.

The religious spirit has managed to cloud many believers’ vision of Prayer, Intercession and Spiritual Warfare as a ministry we are all called to.

I sense that a new day is coming.

I invite all of you to rally in the Spirit in agreement and to declare with one voice, together with the believers from our spiritual family in Sofia, that God will restore this house of prayer and it will be once again a house of prayer for all nations.

It will be also the apostolic base and center it was meant to be, as our church in Sofia takes its place in the spirit and believers come into the fullness of what God has called each and everyone to be.

Thank you all for letting me share a little bit of our journey that has to do with Bulgaria and the past. However, I feel as if though all this has been just part of the laying of a deep foundation.

I feel as if though the best is yet the come and I am very pleased I can share all this and ask you to please join us in agreement for God’s will to be done and for His Kingdom purpose to be brought forth in 2017 and beyond!

The following are some shots from the special Father’s Day service in Sofia, at which service we honored fathers from a Biblical standpoint. Young people from Breakthrough Christian Center, as well as pastor Rumen from Gabrovo and other guests, were able to take part in this occasion. You can also see a picture of the Prayer Center from a drone. 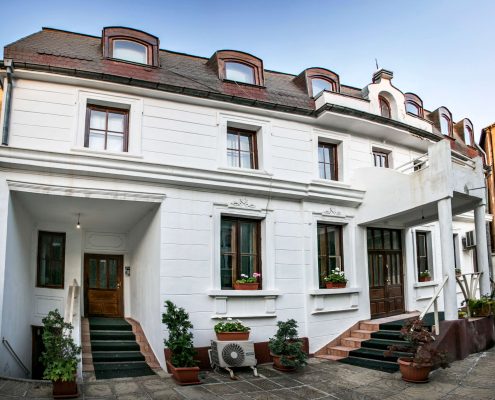 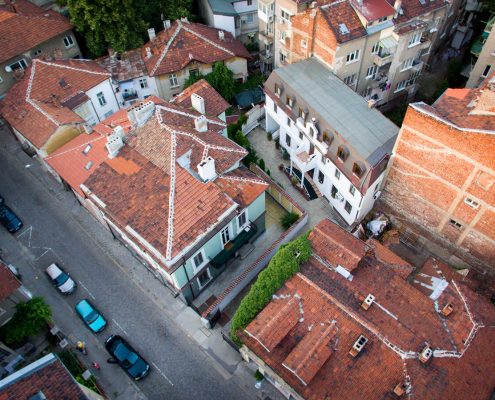 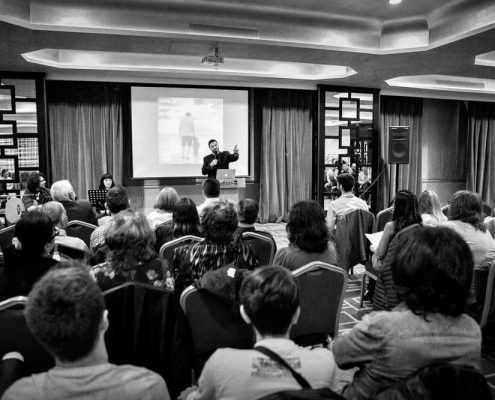 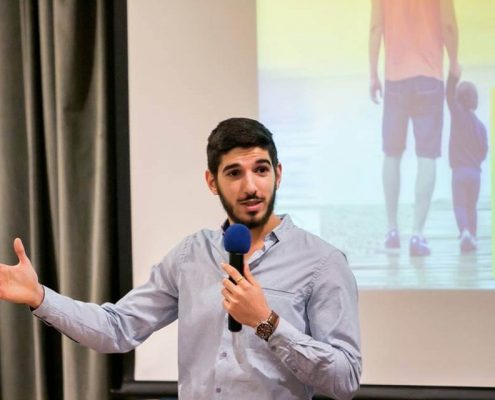 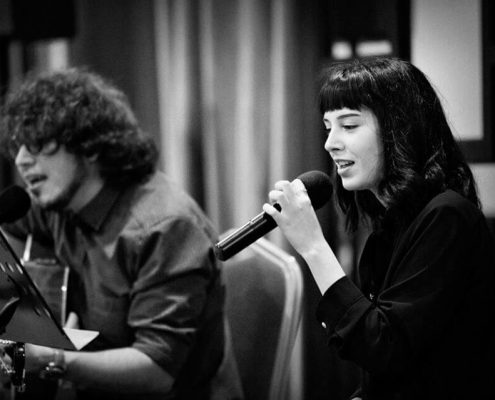 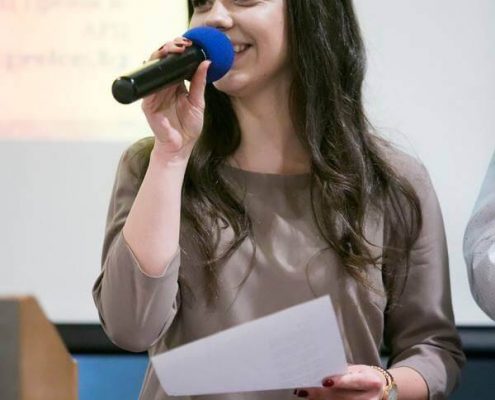 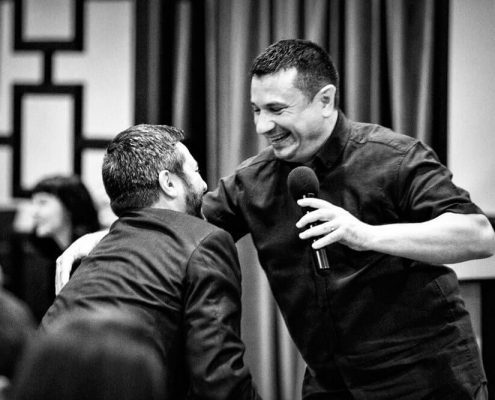 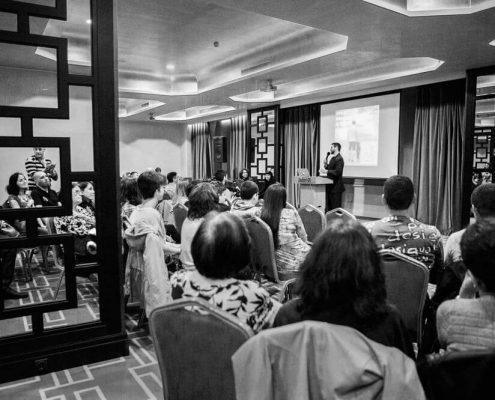